In some cases it might be useful to manually assign an IP address to planet 22c in your network. Normally planet 22c as other Dante devices gets assigned an unique IP address automatically but there might be situations where you want to change it manually.

In order to do be able to do that, the firmware of planet 22c first has to be updated to V1.1 / V4.2x by following these steps:

Before you begin, please make sure that the Dante Controller is installed on your computer and that you have already connected to planet 22c previously on your network environment. If you have previously updated your firmware to this or a later version, you can directly proceed to the instructions below to change the IP address. 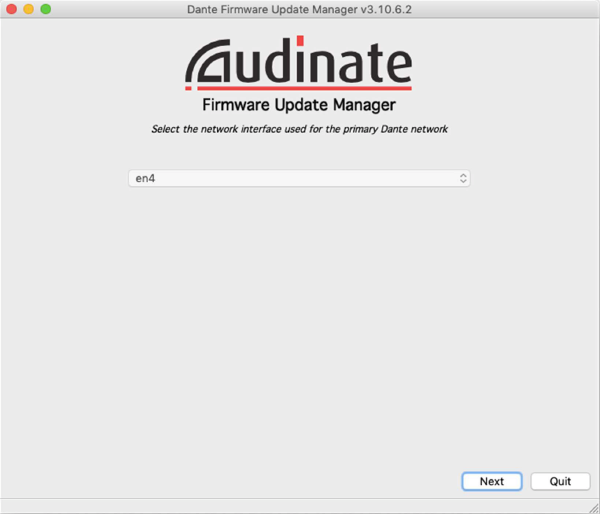 Select the interface used for the primary Dante network and click Next. Please note that if you have the Dante Controller installed, the Firmware Update Manager will automatically select the primary interface that was last used by either of these applications for you. Now the following window will appear: 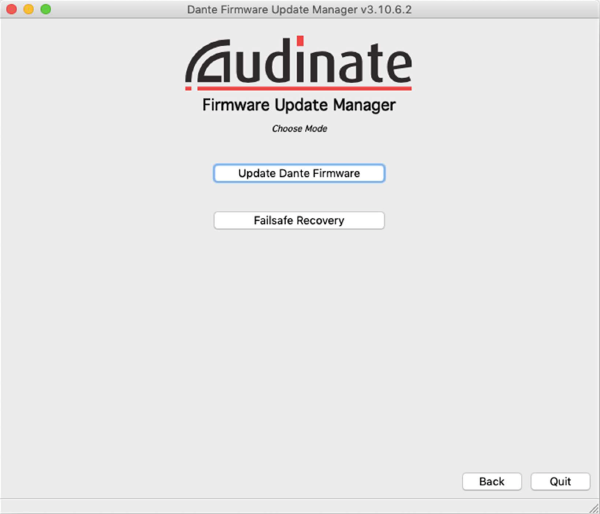 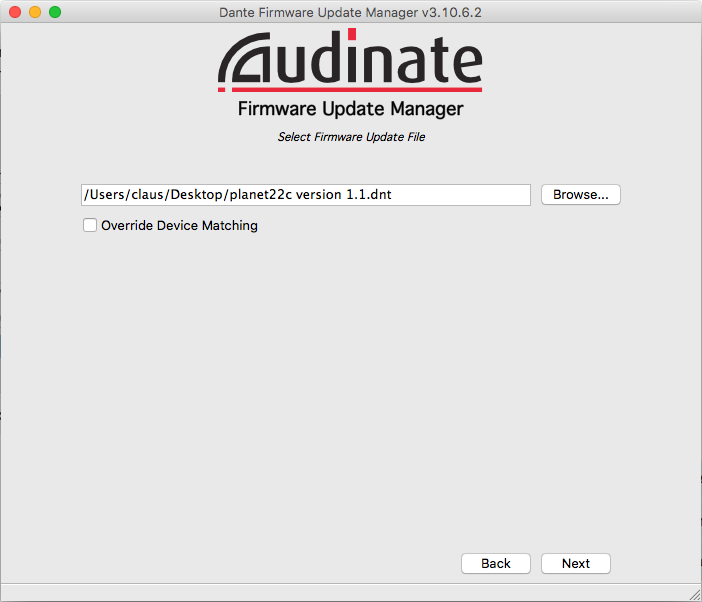 Via the Browse ... button you need to select the.dnt file with the name planet22c version 1.1.dnt that you have downloaded and unzipped already. Once you have done that, click Next and the following window will appear: 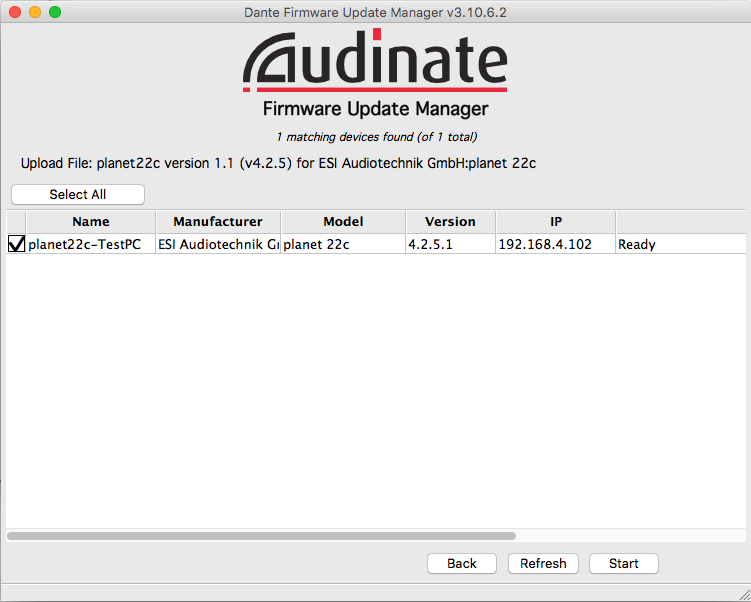 The Firmware Update Manager will now scan for devices on the network that can work with the firmware image. Please note that this could take some time. In the list with discovered Dante devices (where typically only your planet 22c will appear), select it as the unit you want to update via the checkbox next to it. Once done, you can click the Start button. Now a confirmation dialog will be shown:

Confirm this with OK and be aware that updating can take some time. Eventually the following dialog will appear:

Once you click OK, the following window will be shown: 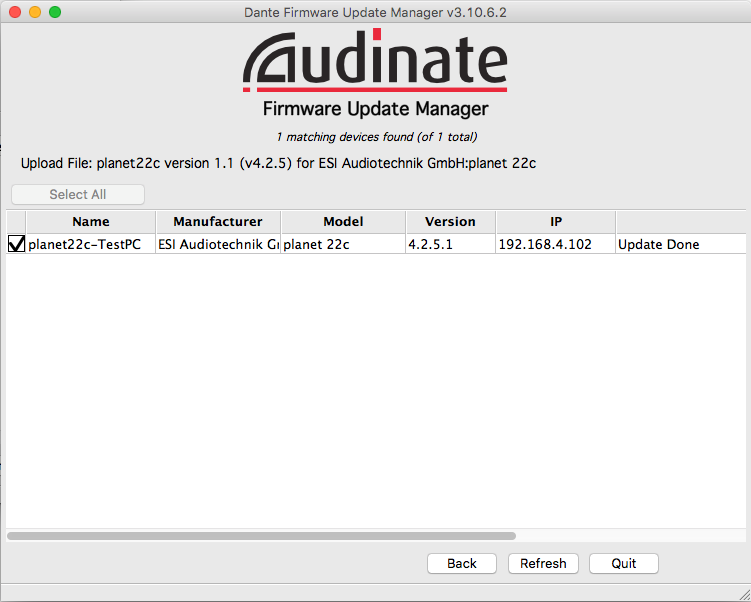 You can see that the firmware upgrade of planet 22c has been done as indicated by the Update Done message. Now it is time to Quit the application.

Please restart planet 22c now by switching it off via the hardware power switch, wait a couple of seconds and then switching it on again.

Now you can open the Dante Controller and you will notice that under Device View of planet 22c, you can find the Network Config tab with the Manually configure an IP Address option: 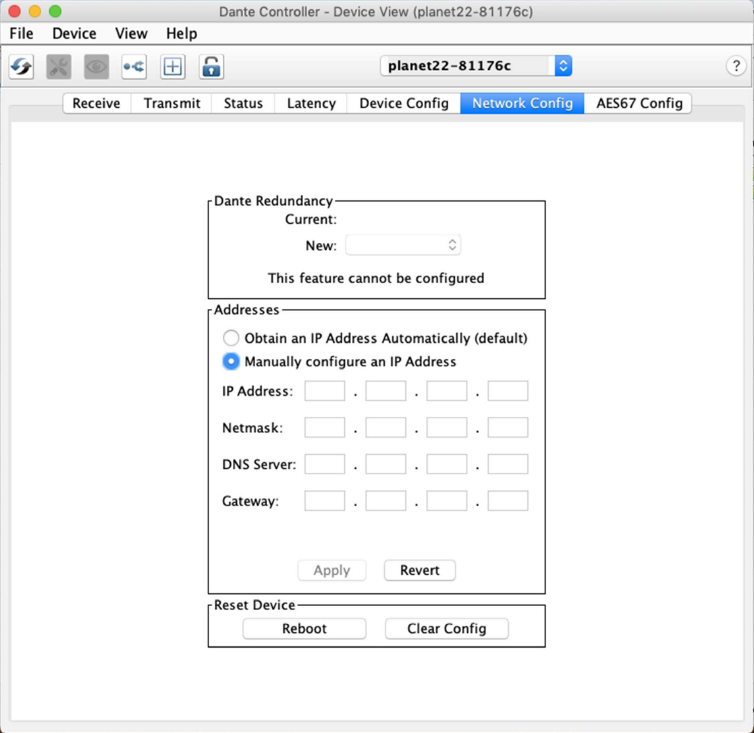 After entering the IP address data you want to use, click Apply. Done!