Input selection switches U86 XT and U168 XT

Both U86 XT and U168 XT have an on-switch for input selection. Since the first two input channels (microphone + Hi-Z combo jack) on the U86 XT and the first four input channels (2 x microphone + Hi-Z combo jack / 2 x microphone) on the U168 XT are assigned twice, the rear line outputs become 1 and 2 or 1 to 4 deactivated as soon as the front input has been activated with the on switch.

Note: The double assignment is an advantage, since a line signal does not have to pass through the microphone preamplifier unit, which would result in a loss of sound, but can simply be connected on the back using the specially designed line inputs. In this case, the on-switch on the front would not be activated.

Note: It is also possible, of course, that an XLR (mic input) or instrument cable (Hi-Z input) remains connected at the front, while you have connected a line cable at the rear in the line input. You decide which signal is recorded by means of the on-switch, so there is no annoying plugging and unplugging of cables.

The picture of U86 XT below shows the front-side on-switch on channels 1 and 2 below the activation of the phantom power.

This picture shows one of the two combined inputs microphone and Hi-Z. At the bottom right next to the combo jack is the switch for activating the microphone input (while simultaneously deactivating the respective rear line input), next to it is the gain control for adjusting the input sensitivity. 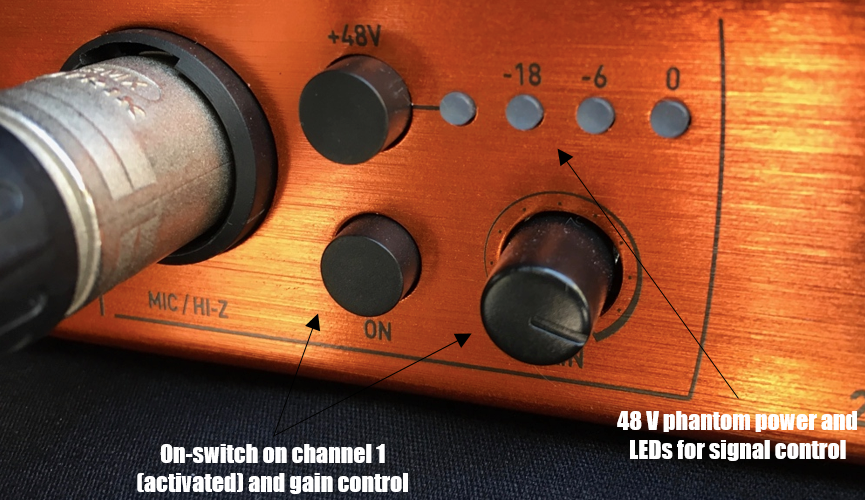 Above you can see the on-switch for phantom power and the LED chain for overload indication. 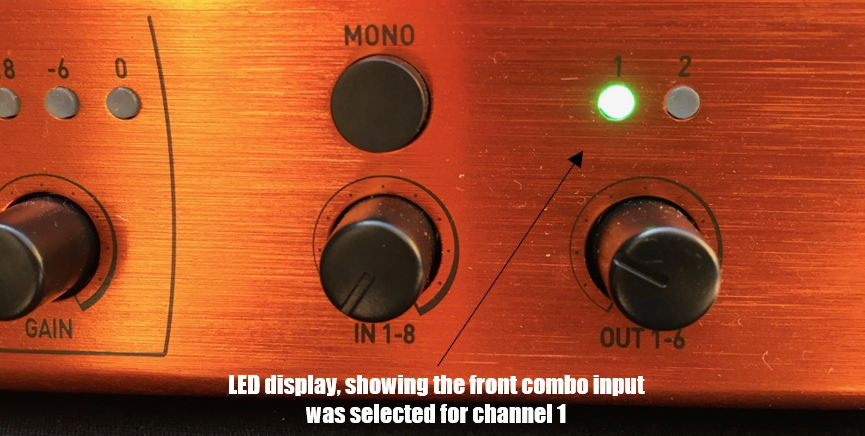 To the right of the mono switch for the monitor mix are two LED lights on the U86 XT and four on the U168 XT. These indicate whether the respective microphone or Hi-Z input was selected, which would deactivate the corresponding rear line input. 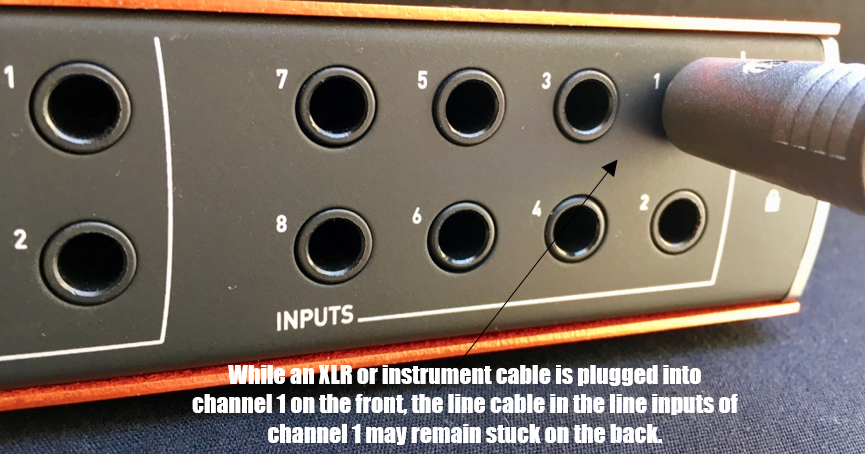 Above is the rear view of U86 XT with connected line cable, channel 1.