Our active studio monitors are all protected by a fuse that is placed inside the 3-pin connector that connects to the mains / power outlet. When the speaker is not switching on and you are sure it has been connected properly, it might be that the fuse has been burned. The fuse is a replaceable part that can be purchased via most music or electronic retailers and many mail order companies or even local shops that supply electrical parts and it is very inexpensive. When replacing the fuse, you need to make sure it is the correct one for your speaker model. The table at the bottom of the article lists all our studio monitors and what fuse they are using.

The fuse of our studio monitors is placed inside a small plastic drawer next to the power connector on the backside of the unit. The following pictures give you some details: 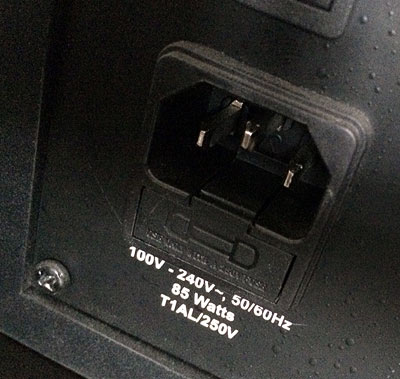 The location of the fuse next to the power connector. 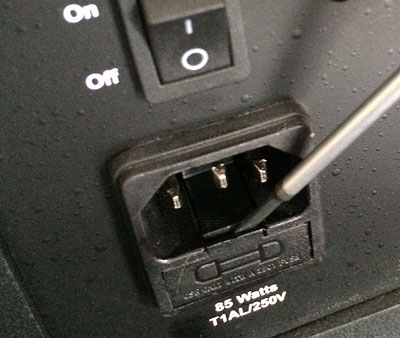 Opening the fuse receptable plastic drawer with a screw driver. 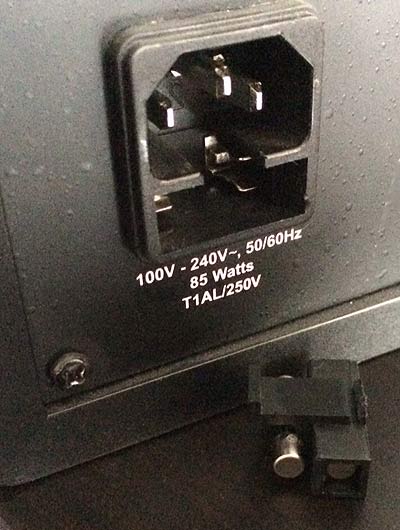 The plastic part removed with the fuse mounted to it, next to the speaker. 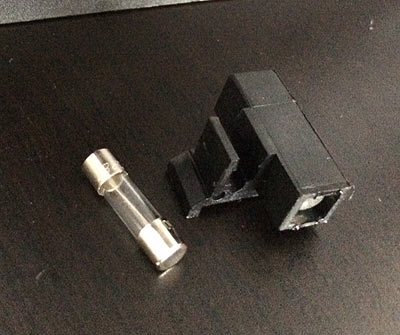 The fuse removed from the plastic part, next to it.

In some cases there might be a spare fuse inside the square section of the plastic part (depends on the model and production date of the studio monitor). If it is there, you can use that and clip it into the front and use it instead, before you plug in the plastic part again to it's original position. If you need to get a new fuse (see below), install that one instead.

The following table lists all our studio monitors and describes the required fuse. If you need to buy a replacement, mention the model to your supplier.